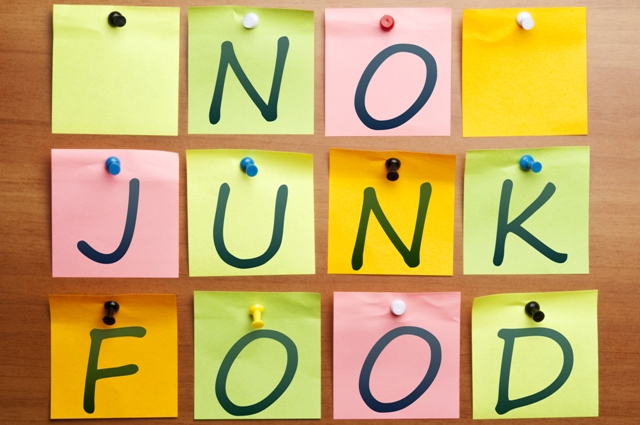 There’s little doubt that diet is a significant factor in the rise of childhood obesity, diabetes and related health issues. A major issue in maintaining a healthy diet for kids is reducing (or eliminating entirely) the eating of energy-dense, high fat, high sugar, high salt and nutrient-poor junk food.

This is easier said than done.

Most parents try to teach their kids healthy eating habits and be good role models themselves, but with so many junk food ads and promotions targeted directly at kids on TV, social media, at sporting events, and even a trip to the local supermarket, many parents feel overwhelmed against the marketing muscle of big fast-food companies and multinational junk food corporations.

The power of ‘pester power’

When kids see junk food promoted with desirable toys and gimmicks, and advertised in a fun and exciting way with colourful packaging and appealing characters, most children are drawn into the gloss and simply don’t have the critical faculties to see the advertiser’s persuasive techniques.

This is the key to “pester power” that most of us, as parents, can easily relate to. And it’s something that junk food companies exploit relentlessly. In fact, one marketing website supports pester power as “a ‘passport to growth’ for companies. It advises advertisers ‘to develop a strategy, which targets the kids and influences them totally, so that next time they are out with their parents, they get what they want’”.

The American Psychological Association (APA) found that children have yet to develop mature information-processing skills to discriminate between commercial and non-commercial content, and they lack the necessary cognitive skills to distinguish the persuasive intent of advertising messages.

To put it in a nutshell, the APA summarises children’s understanding of advertising intentions as follows:

It’s no wonder parents feel powerless. And it’s no wonder children get easily influenced by advertising and marketing.

How much junk food advertising is there on TV?

The Cancer Council NSW found that 82 per cent of all food advertised on TV was for unhealthy food, and most was targeted to kids. That’s 4 in every 5 food ads – an incredible statistic. The research also found that “fast food and takeaway was the most highly advertised type of food, followed by chocolate and confectionary”.

Current statutory regulations governing food marketing to children applies only to TV advertising and are very limited in scope: covering only ‘C’ and ‘P’ classified programs for around 30 minutes a day. The reality is that kids watch TV programs other than these programs (including sports broadcasts) and for longer time periods.

The Cancer Council NSW found that “child (0-14 years) audience numbers on commercial free-to-air television peak between 7.00pm and 8.00pm, and with large numbers of children still watching until 9pm. During these peak broadcast periods there are no standards to limit the number of advertisements for unhealthy foods”.

When kids see so many junk food ads, it creates a normalising effect; that is, the constant exposure to junk food marketing (particularly its association with popular sports through sponsorships) normalises these unhealthy foods as routine food choices.

Medical experts, consumer groups, public health organisations and even government agencies have been calling out for years for urgent government action to reduce the marketing and advertising of unhealthy foods and drink to kids.

The government has failed to respond in any meaningful way to stop junk food marketing.

Of course, junk food advertisers aren’t taking all this lying down either. In 2006, media and advertising groups launched the Australian Marketing Communications Alliance with the aim, according to its chairman, of combining resources to combat “attacks on advertising and marketing communication and [the] underlying threat to free enterprise”.

The advertising industry naturally opposes any ban or restriction on the ability of its members to promote their unhealthy food products on TV. The industry argues that there’s no link between watching TV and poor health, that kids aren’t responsible for what’s eaten at home, and there’s a voluntary code regulating inappropriate advertising anyway so a ban is completely unnecessary.

Research after research has shown these arguments are unfounded.

How you can help create positive change

You have the power to make meaningful change happen so kids can enjoy a healthier, happier future. Join our Unjunkit Campaign and together we can be a strong voice to call on the Australian Government to stop junk food advertising on TV before 9pm.

Sign up now and join the movement to UnjunkIt.